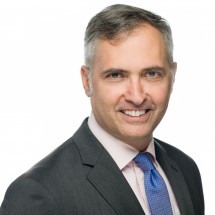 Steve OKUN, The Founder and CEO of APAC Advisors, Steven Okun is a leader in the business community across Asia Pacific on government relations and public policy, communications, sustainability and stakeholder engagement. He has lived and worked in Singapore since 2003.

A sought-after expert on US politics and trade, he speaks frequently to businesses, universities and at conferences across the region.

In addition to providing analysis on a regular basis for both CNBC and Channel NewsAsia, Steven has been a guest on ABC (Australia), the BBC, NHK (Japan), TRT World (Turkey) and Yahoo Finance (USA). He has also been published as a contributor in Singapore’s Business Times and Straits Times.

Awarded a Special Service Commendation, he served as Deputy General Counsel in the Clinton Administration at the Department of Transportation following serving as a staff attorney in the White House.

From 1988-2000, he worked on the primary and presidential campaigns of Democratic candidates, in addition to having worked at the Democratic National Conventions of 1988, 1996 and 2000.

In addition to his own clients in the financial services sector, he serves as a Senior Advisor for geopolitical strategic consultancy McLarty Associates and as the ASEAN Representative for the Emerging Markets Private Equity Association.

The Trump presidency is not over yet

So much discussion how Trump will not be re-elected given the crashing stock market, a rising unemployment rate and his refusal to take action to mitigate Covid-19’s impact in the US when there was time.

He may be down, and while he should be out, it is too soon to draw the curtains on his presidency.

As a former British Prime Minister once said, “A week is a lifetime in politics.”
The US presidential election is 34 weeks away.
Steve
—–
The Trump presidency is not over yet

Despite the crashing stock market and Covid-19 crisis, it is premature to write off Donald Trump’s re-election chances


“The Trump Presidency Is Over.”

Steve Okun: Commentary: Imagine holding the US elections during a COVID-19 outbreak

Speaker Steve Okun, Founder and CEO of APAC Advisors, talks about the possible impact of Covid-19 on the upcoming US Elections.

With COVID-19 now having a major impact on government, politics and economics in the US, Thurgood Marshall Jr and I joined up to write how the 2020 US Presidential election might be impacted, coupling my experience having lived in Singapore both now and during SARS coupled with his extensive time in government and politics.

This is the model the US government should be following: A science-based approach to containing the virus, putting in whatever restrictions are necessary to limit the spread coupled with open and transparent communication to the public.

Steve Okun: US presidential elections will be “fought over very narrow ground”

On CNBC today, Speaker Steve Okun provided his analysis on why the impeachment trial won’t result in Trump’s removal from office, but that this does not mean it will necessarily not have consequences for the election. If witness are called (a large unknown right now) and Bolton testifies that the President abused the office for his own personal gain, that could move enough swing voters to impact the election.

US Election 2020: Campaign, Coronavirus and China

Iowa – the beginning of the end of the 2020 US election