SAGE Worldwide is an international event and speaker consulting firm.  At SAGE Worldwide, we advise a growing number of global clients who want to learn more about Asia. 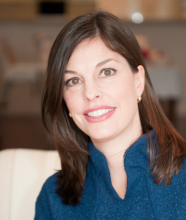 Where are you from?

What was your favorite subject when you were in school?

Political Science. I always loved learning about how our government works and really enjoyed participating in elections. This interest led to my working for two candidates for President of the United States

What is your favorite thing about working with SAGE Worldwide?

At SAGE Worldwide, we are making a difference in how the world better understands China and Asia. The more the world wants to know about this fascinating region of the world, the more we can help to provide the best content through our events and speakers.

What is the one thing speakers should make sure to do when visiting Beijing?

One this is just too limiting! See the Great Wall. Followed by the Forbidden City, a stroll around the lake at the Summer Palace, and eating lots of jiaozi.

Favorite song to sing at a KTV?

Everybody was Kung Fu Fighting! Ha!

Three men were walking, one must be my teacher.

Where would you most like to travel outside of China?

I like to travel everywhere. Myanmar was a recent favorite and now I am looking forward to visiting Sri Lanka.

Serving my country for 8 years in the White House and then moving to China, six months pregnant, never having been to Beijing before!

One word to describe you?

Elizabeth HAENLE is Co-founder and President of SAGE Worldwide, a female-led speakers agency that works around the globe to match top speakers with clients who are looking for external expertise on a range of topics from geopolitics to diversity and inclusion. Under Haenle’s leadership, SAGE Worldwide set up operations in China and was the first Western speakers agency to enter the Chinese market.  SAGE is one of the few international speaker agencies to be led by a woman.  In her capacity as President, she has a particular passion for promoting messages for women by women and bringing diversity and inclusion to her team and speaker roster.  She is also the Co-founder of Park Bridge Partners, a strategic advisory firm whose focus is working with US and Asia-based companies on growth and expansion.

Haenle serves as a leading Advisory Committee member and advocate for the US-China Strong Initiative at Asia Society.  The US-China Strong program, started by Presidents Barack Obama and Hu Jintao, continues to focus on providing opportunities for America’s youth to learn about China.  Prior to starting two companies, Haenle worked at the White House as the Social Secretary and Residence Manager to the Vice President of the United States. Her main responsibilities included planning events at the official residence of the Vice President and traveling internationally on behalf of the President and Vice President to conceptualize, organize, and set up meetings and events. She was also responsible for overseeing the décor, management, and upkeep of the official residence for the Vice President and his family.

Earlier in her career, Elizabeth served as an aide to former U.S. Secretary of Commerce Barbara Hackman Franklin, with a strong focus on U.S.-China trade relations.  Elizabeth joined Barbara Franklin Enterprises after planning events for a Member of Congress on Capitol Hill and coordinating the travel and events for two candidates for President of the United States.

Elizabeth also worked for the 1996 Centennial Olympic Games in Atlanta, where she planned events and visits to Atlanta for the International Olympic Committee (IOC).

She enjoys creating global opportunities for young people and investing in women.

Elizabeth is married to Paul Haenle, Director of the Carnegie-Tsinghua Center for Global Policy and they have two children born in Beijing, Thomas, age 11, and Mabel age 3. They split their time between Singapore and their home on Cape Cod. 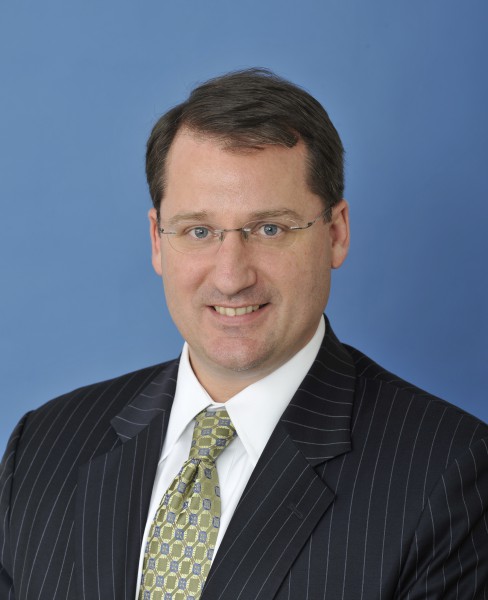 Paul Haenle is the director of the Carnegie-Tsinghua Center for Global Policy, a foreign policy research institution based at Tsinghua University in Beijing, China. Paul serves as the inaugural director of the Center and is an adjunct professor at Tsinghua University teaching undergraduate and graduate-level courses on foreign policy to Chinese and international students.   Paul also serves as a senior advisor at Teneo Strategy, a global business-consulting firm that provides strategy and counsel to CEOs of Fortune 500 companies as well as Chinese firms involved in international investment.

In 2010, Haenle moved to Beijing to open the Carnegie Endowment’s China-based foreign policy research center in partnership with Tsinghua University.  After serving in Beijing as its director for 10 years, Haenle relocated to Singapore in 2021 where, in addition to continue to lead Carnegie China, he is concurrently serving as a Visiting Senior Research Fellow at the East Asia Institute, National University of Singapore.  In addition to his roles at Carnegie and NUS, Haenle is also Chairman, Asia Pacific Region, at the CEO advisory firm Teneo and a senior advisor at Rice, Hadley, Gates & Manuel LLC where he assists U.S. and foreign businesses with their cross-border business strategy, including the development of key government relationships, crisis management, and public relations. In 2018, Haenle was elected to the board of directors of the National Committee on U.S.-China Relations.

Prior to joining Carnegie in November 2009, Haenle served as the director for China, Taiwan, and Mongolia Affairs on the National Security Council under former Presidents George W. Bush and Barack Obama. During his distinguished government service, Haenle also played a key role as the White House representative to the U.S. negotiating team at the Six-Party Talks from June 2007 to January 2009. Immediately preceding this, he served as a special assistant to U.S. National Security Advisors Condoleezza Rice and Stephen Hadley from 2004 to 2007.

At Tsinghua University, Haenle is also an adjunct professor and teaches undergraduate and graduate-level courses on international relations and global governance. As director of Carnegie China, Haenle hosts its bi-weekly China in the World podcast series in which he engages in dialogue with Chinese and international experts to discuss China’s foreign policy, international role, and relations with the world. He writes for and is frequently quoted by major global media outlets including Foreign Affairs, The New York Times, CNN, China Daily, The Guardian, and the Financial Times. He is also a frequent contributor to ChinaFile.

Trained as a China foreign area officer in the U.S. Army, Haenle has been assigned twice to the U.S. embassy in Beijing, served as a U.S. Army company commander during a two-year tour to the Republic of Korea, and worked in the Pentagon as an adviser on China, Taiwan, and Mongolia Affairs on the staff of the chairman of the Joint Chiefs of Staff. Early assignments in the U.S. Army included postings in Germany, Desert Storm, Korea, and Kuwait. He retired from the U.S. Army as a lieutenant colonel in October 2009.

Haenle received an M.A in Asian studies from Harvard University, and a B.S. from Clarkson University.