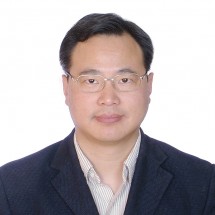 WANG Yong is Professor at School of International Studies, and the Director of the Center for International Political Economy at Peking University. He is also Professor at Party School of Ministry of Foreign Affairs of China and Visiting Chevalier Chair Professor at the Institute of Asian Research(IAR), University of British Columbia(UBC) and a former consultant of the Asia Development Bank (ADB). He is the Selected Member, Ministry of Education of China New Century Outstanding Talents Support Program, the World Economic Forum (WEF) Global Agenda Council on Global Trade and FDI, the Evian Group@IMD’s Brains Trust, Board of Directors at Center for Regional Security Studies at Chinese Academy of Social Sciences, and Think20 (a Network of G20 Think tanks);  Commissioner of the First Murdoch Commission(on Australia and Asia) and Asia Pacific Regional Trade Architecture Commission (organized by Asia Society, USA); and Senior Fellow with Renmin University Chongyang Institute for Financial Studies(RDCY). He is on the editorial board of the Journal of Global Asia, the Journal of Global Governance and the Journal of Human Security.