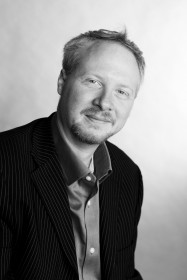 Based in Shanghai, China

Richard BRUKBAKER is Managing Director of Collective Responsibility,  Vice Chairman of the Corporate Social Responsibility Committee of the American Chamber of Commerce in Shanghai and a Visiting Professor of Sustainability at the China Europe International Business School (CEIBS). Brubaker is focused on building platforms that promote long term organizational capacity to address the economic, environmental, and social hurdles that China faces as the country’s economic growth accelerates. Driven by the belief that change begins with a single step, he has spent the last 15 years in Asia working to engage, inspire, and equip those around him to take their first step.

Acting as a catalyst to driving sustainability, to bring about the changes in leadership and business models, and to recalibrate old models so that new opportunities can be captured, Brubaker’s work is centered around building foundations of knowledge, understanding core issues, engaging stakeholder, and doing what it takes to move forward.

To date, Brubaker has overseen the development and execution of more than 200 projects focused on solving the social, environmental, and economic challenges that are faced in Asia.

Brubaker holds a Master in International Management from the Thunderbird School of Global Management. 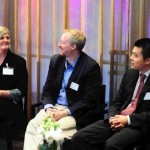 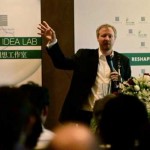 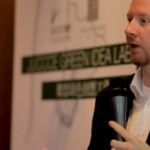 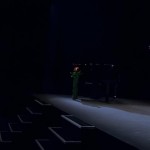 Earlier this week a report by Greenpeace revealed that levels of PM2.5 within China now contribute to more premature deaths than smoking. Figures state PM2.5 accounts for an average of 90 deaths per 100000 people, 20 more than smoking which stands at 70 per 100000. The studied incorporated a review of 31 cities and highlighted the relative danger present in each area. It was noted that despite the high mortality contribution, the study was missing some of the most polluted cites which are likely to have greater impact. These figures provide evidence of the macro problems associated with air pollution in major cities. Another interesting area of analysis is at the micro level assessment of daily and seasonal patterns of PM2.5 concentrations.

Research by Collective Responsibility utilized data available from the US Department of State[1] to assess trends for 5 major Chinese cities. The investigation exposed the varying concentrations present on both a seasonal and daily level. Many who reside in major Chinese cities will be aware of the seasonal variation in air pollution. Indeed, particularly bad days lead to a reduction in visibility and as a result the problem is obvious. However, fewer people may be aware of the increased vulnerability they face based on the time of day they are exposed. These daily cycles are city dependent and the patterns become far more extreme in the winter months. Above is data for Beijing and coupled with the higher average winter values more extreme concentration fluctuations are observed daily.

What this data highlights is that an individual’s vulnerability is not just dependent on the city that they live in but also the time of year and hour of the day in which they are exposed. As may be expected, the highest daily levels in Shanghai are during the rush hour, and as a result those traveling to work at that time will be subject to higher levels of PM2.5. Equally those outside during the night hours in Beijing could have far greater health impacts associated with their activity. All cities show distinct daily cycles and the range of values in each differ considerably. It illustrates the complexity of air pollution and shows that no one solution is able to account for all urban centres.

Despite increased implementation of measures to reduce pollution levels, cities to the east, such as Beijing, face an issue that traditionally polluted cities such a London and Los Angles did not. This is presence of the jet stream driving air masses from west to east, a phenomenon that incidentally is also more prevalent in winter months[2]. Subsequently, if industry is shifted to the west of the country pollution generated will be driven across the country and contribute to poor air quality in the eastern regions. London and Los Angles have nothing to their west and therefore by shifting industry out of the cities the issue was solved. China is not afforded this “luxury”.

[1] It should be noted that, in accordance with the US Department of State policy, the data used is not fully verified or validated.

“I have had the opportunity to get Richard’s views on China’s most pressing social and environmental issues at several occasions, and every time, Richard brought great critical thinking, analysis and perspectives to the table that proved to be incredibly useful.  For all these reasons, Richard is THE go-to person (I would actually say ‘influencer’) for all things non-profit, CSR, and sustainability-related in China.”

“Richard has hosted many of our visits, leading discussions with our participants who are often global CEOs and Board of Directors. Without exception, the feedback has been most positive. Conversations with Richard are always engaging, thought-provoking, with a touch of dry humor. His information is relevant, current, and well researched. Since participants of our program are not only senior but also from diverse background, their questions could come from all directions. Richard is comfortable working with the question itself as well as the embedded meaning or assumptions.

I have no reservation to support Richard as a speaker to senior, global leaders.”

“Rich Brubaker is a positive role model, an engaging speaker, a genuine motivator. In July, 2011, Rich served as the closing keynote speaker to our international audience of students of the Global Young Leaders Conference (GYLC). … His canny ability to talk with the students, rather than to the students, was immediately evident as dozens and dozens of students stood to pose questions, ask for advice and provide additional comments. Rich is personable, experienced, approachable, knowledgeable. GYLC could not have had a better speaker to address its students.”

We would like to thanks Richard for supporting our recent workshop with Princess Laurentien from the Netherlands in cooperation at DSM. His professional manner, depth of knowledge, and ability to engage the stakeholders were key to getting participants to commit to the next steps in improving water environment in China together.

Going forward we look forward to working with you and Collective Responsibility to help guide The Princess with reaching the Chinese public through her character Mr. Finney on the Sohu website.