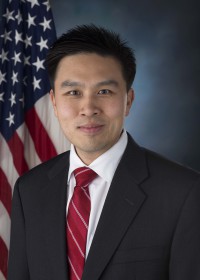 Based in Mountain View, California, USA

Lanhee J. Chen, Ph.D. is the David and Diane Steffy Research Fellow at the Hoover Institution and Director of Domestic Policy Studies and Lecturer in the Public Policy Program at Stanford University.  A veteran of several high-profile political campaigns, Chen has worked in politics, government, the private sector, and academia.

He has advised numerous major campaigns, including four presidential efforts.  In 2012, he was policy director of the Romney-Ryan campaign, and served as Governor Mitt Romney’s chief policy adviser. a senior strategist on the campaign, and the person responsible for developing the campaign’s domestic and foreign policy.  Chen also advised Senator Marco Rubio’s 2016 presidential bid, served as Domestic Policy Director of Romney’s 2008 campaign, and was a health policy adviser to the Bush-Cheney reelection campaign in 2004.  During the 2014 and 2018 campaign cycles, Chen served as a Senior Adviser on Policy to the National Republican Senatorial Committee (NRSC).

Chen is currently an Operating Partner at New Road Capital Partners, a private equity firm, where he helps to direct healthcare investments for the firm’s latest fund.  He is also a Senior Counselor at the Brunswick Group, a global business advisory firm.

From 2014 to 2018, Chen served as a presidentially-appointed and Senate-confirmed member of the Social Security Advisory Board—an independent, bipartisan panel that advises the president, Congress, and the Commissioner of Social Security on matters related to the Social Security and Supplemental Security Income programs.  He is currently a Senior Adviser to and member of the Aspen Economic Strategy Group, an Aspen Institute program, co-chaired by Hank Paulson and Erskine Bowles, that draws together a diverse range of distinguished leaders and thinkers to address significant structural challenges in the U.S. economy.

Chen was honored in 2015 as one of the POLITICO 50, a list of the “thinkers, doers, and visionaries transforming American politics.”  He earned a similar honor in 2012 when he was named one of POLITICO’s “50 Politicos to Watch.”

Chen’s writings have appeared in a variety of outlets, including The Wall Street Journal, The New York Times, The Washington Post, the Los Angeles Times, and Bloomberg View.  He has been a CNN Political Commentator and provided political analysis and commentary on nearly every other major television network.  Chen is also a member of the Editorial Board of the Salem Media Group.

In the Bush administration, Chen was a senior official at the US Department of Health and Human Services. His private-sector experience includes having been an associate attorney with the international law firm of Gibson, Dunn & Crutcher LLP, where he practiced business litigation. Chen was also the Winnie Neubauer Visiting Fellow in Health Policy Studies at the Heritage Foundation and worked as a health policy advocate for a major business group in Washington, DC.

In 2017, Chen was the William E. Simon Visiting Professor in the School of Public Policy at Pepperdine University.  At Stanford, he also serves on the Faculty Steering Committee of the Haas Center for Public Service, is an affiliate of the Freeman-Spogli Institute for International Studies, and was Lecturer in Law at Stanford Law School.  An eight-time winner of Harvard University’s Certificate of Distinction in Teaching, Chen’s scholarship has appeared or been cited in several of the nation’s top political science journals.

A native of Rowland Heights, California, he currently lives in the San Francisco Bay Area with his wife and children.

Lanhee Chen: How will the tax bill impact health care? 5 experts weigh in

Click here to access the article featuring Chen: “How will the tax bill impact health care? 5 experts weigh in”.

Lanhee Chen: What could the Alabama Senate race mean for the Republican Party?

Click here to access the interview featuring Chen: “What could the Alabama Senate race mean for the Republican Party?”.

Lanhee Chen: Trump Has to Lead Effort on Tax Reform

Lanhee Chen featured in: How would the American Health Care Act affect cost and access? 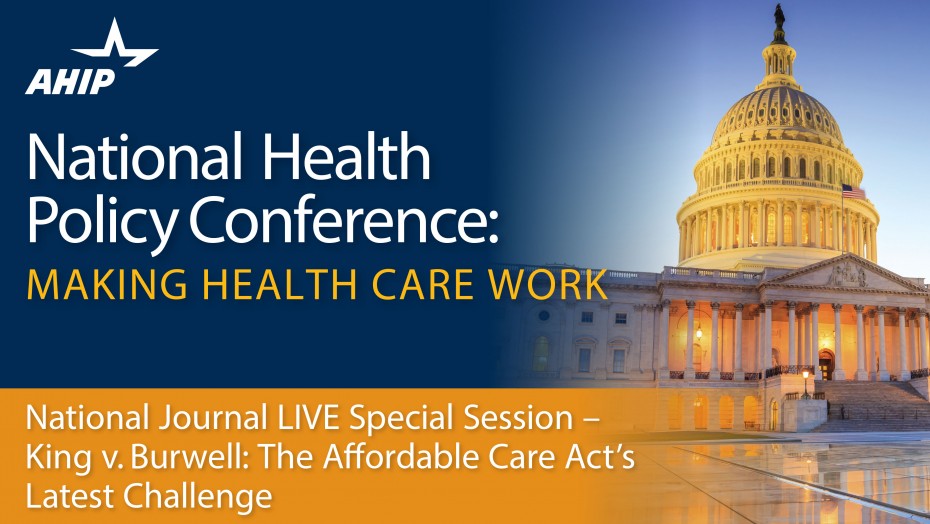 The Supreme Court heard another challenge to the Affordable Care Act (ACA) this month – one that some experts say could strike a big blow to the very foundation of the law. According to the suit, subsidies received by some 80 percent of ACA enrollees should be limited to 13 states and the District of Columbia, which set up their own exchanges. If the Supreme Court rules in favor of the plaintiffs, an estimated 8 to 10 million people would likely lose their financial insurance assistance and have to drop coverage.

What are the chances that the Supreme Court will strike down subsidies in states that have not established an exchange? And what effect will King v. Burwell have on the nation’s health care system? National Journal presents a panel of experts to discuss the latest legal challenge to the Affordable Care Act. 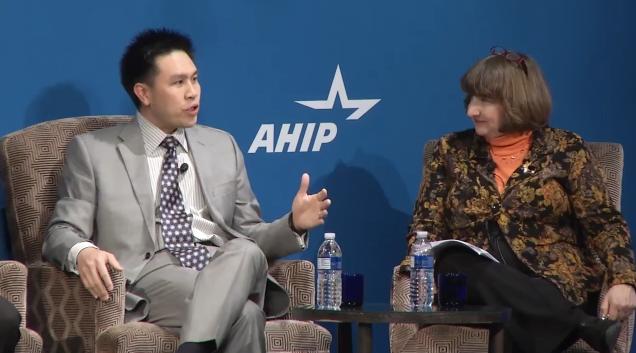 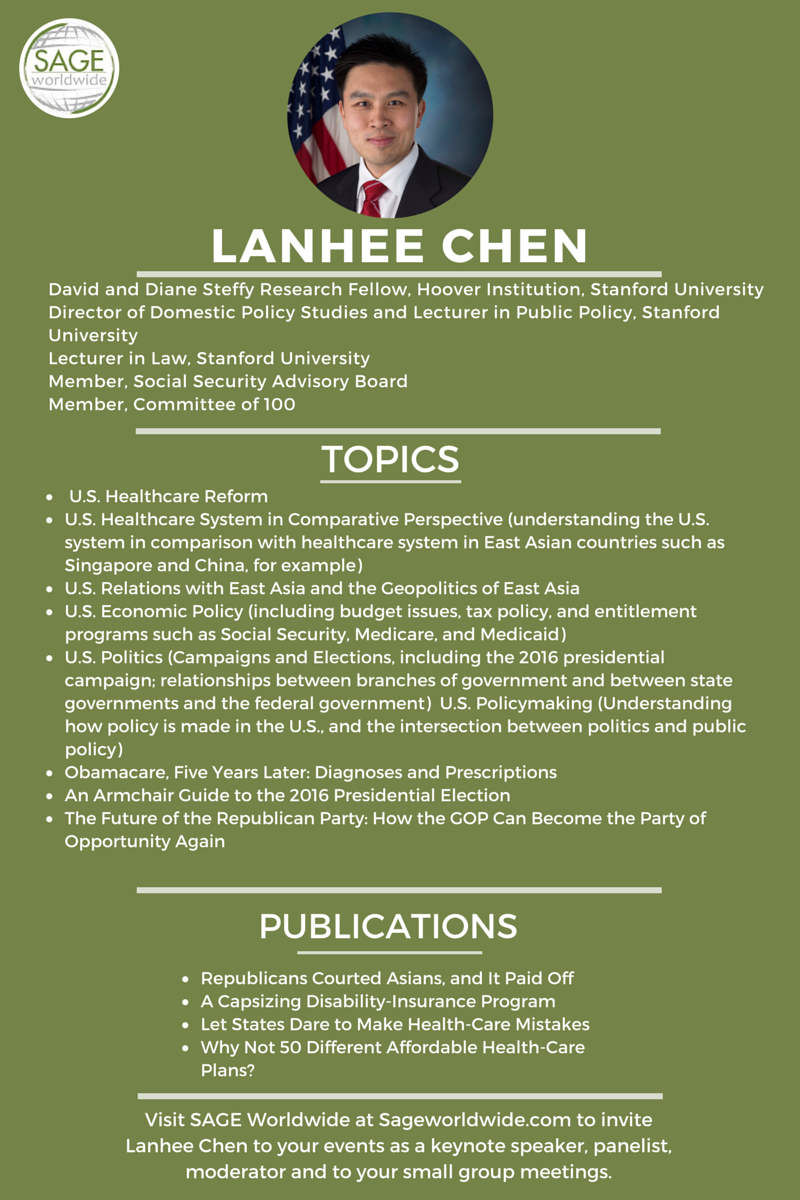 President Obama’s signature healthcare bill has been the source of considerable controversy since its passage in 2010. Five years later, one of the nation’s leading health policy experts, Hoover Institution Fellow and Stanford University professor Lanhee Chen, breaks down the impacts the law will have on American businesses and consumers. Chen served as Governor Mitt Romney’s chief policy adviser during the 2012 campaign, was responsible for the development of the campaign’s policy agenda, and fundamentally understands the ins-and-outs of the Affordable Care Act like few others. In his presentation, Chen will reveal the law’s unintended consequences, discuss policy changes that can help to mitigate them, and provide insights into the political outlook for the law. His blend of political and policy expertise—gained from service on three presidential campaigns, work in academic and policy settings, and at the most senior levels of the U.S. Department of Health and Human Services—will provide unique insights into the health care law, where it’s headed, and how it will affect our country and its economy.

Over the next year and a half, America will see a wide-open race for the presidency. Join top Romney campaign strategist and policy expert Lanhee Chen for an exploration of the personalities, policies, and politics that will play a role in the 2016 presidential election. Chen is more than a detached observer of or commentator on the process – publications like the Wall Street Journal, Washington Post, and the New York Times have written about his consultations with multiple 2016 contenders and he’s been called one of the Republican Party’s top policy thinkers. Chen will provide an insider’s account of the issues that will dominate the campaign, the strengths and weaknesses of each of the likely candidates, and predictions about the kinds of policy platforms they will pursue if elected president.

The Republican Party’s inability to win a national election since 2004 has placed it at a crossroads. How can the GOP appeal to populations it hasn’t appealed to before, put forth an agenda that is appealing to a broad majority of Americans, and recapture its electoral “mojo?” Lanhee Chen, Mitt Romney’s policy director and one of the GOP’s most prominent thought leaders, has the answers to these questions and more. Chen has been a forceful advocate for greater Republican engagement with minority communities, and the Asian-American electorate, in particular. In his presentation, Chen will provide a behind-the-scenes look at where the party is today, the efforts it has underway to grow its coalition, and where the GOP is headed as we move toward the 2016 presidential contest.

What will it take for Congress and the president to finally tackle fundamental tax reform? The issue was at the center of the economic debate during the 2012 election and continues to be near the top of Washington’s policy agenda today.   Economists and business leaders alike agree that reform of our tax code will benefit the economy—yet there never seems to be the political will in Washington to get the job done. In this presentation, Lanhee Chen, the policy director of the Romney campaign who is now a Fellow at the Hoover Institution and professor at Stanford University, identifies the challenges and opportunities presented by tax reform. Chen draws on his economic policy expertise, political experience, and deep relationships on Capitol Hill to provide an in-depth look at the prospects for tax reform. His experience from the Romney campaign fighting the political, messaging, and policy battles over tax reform gives him a unique perspective regarding the likelihood that changes to our tax system will actually be signed into law.

“Lanhee Chen is young, fresh, candid but composed. I thought he provided a lot of information in a way that was easy to digest and interesting to follow. His political leaning is obvious but not overwhelming – I felt his comments were based on facts and not opinion.”

“Lanhee is a thoughtful, erudite and gripping speaker, with great insights into US policy – it was a pleasure working with him and having him attend our conference.”