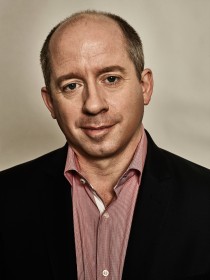 Duncan Clark is a recognized expert on the Internet and entrepreneurship in China, where he has lived and worked for more than 20 years. Duncan is chairman of BDA China, which he founded in 1994 after working as an investment banker with Morgan Stanley in London and Hong Kong. BDA China is an advisory firm serving investors in China’s technology and consumer sectors, employing over 100 mainland Chinese professionals in Beijing.

An early advisor to leading China Internet entrepreneurs, Duncan is author of Alibaba: The House That Jack Ma Built, the definitive work on China’s e-commerce and technology giant, its founder Jack Ma, and the forces and people that propelled its rise. Alibaba: The House That Jack Ma Built, published in the spring of 2016 by HarperCollins/Ecco, has received glowing reviews from The New York Times (“breezy”, and an “engaging” biography), The Economist (“fascinating”), and The Wall Street Journal (“Duncan Clark tells the story with flair… A fine writer”).  ‘Alibaba’ was named a Book of the Year by The Economist magazine and short-listed for ‘Business Book of the Year’ by the Financial Times/McKinsey.

A senior China policy advisor to institutional investors, corporations and governments, Duncan is also a cofounder or early stage investor of a number of technology ventures including AppAnnie, Student.com and Radish Fiction. He is an independent director of Bangkok Bank (China) and an advisory board member of WildAid – dedicated to ending the trade of illegal wildlife products in our lifetime – and the Digital Communication Fund of Pictet et Cie.

A UK citizen raised in the UK, US and France, Duncan is a graduate of the London School of Economics and a former Visiting Scholar at Stanford University. After serving as Chairman of the British Chamber of Commerce in China, Duncan was awarded an OBE in 2013 for services to UK-China trade and investment.

Duncan Clark: An inside look at how China’s internet giant Alibaba has taken on the world

Click here to access the article featuring Clark: “An inside look at how China’s internet giant Alibaba has taken on the world”.

Duncan Clark featured in: China harnesses big data to buttress the power of the state

Click here to access the article featuring Clark: “China harnesses big data to buttress the power of the state”.

Duncan Clark featured in: Can Jack Ma, Asia’s richest man, create 1m jobs in the US?

A Most Important Company

A Most Important Company

I write this morning with a book recommendation, and not the book you might think I’d be recommending.
In March I wrote a profile of Alibaba co-founder Jack Ma that focused on his leadership qualities. For that piece, I interviewed Duncan Clark, a China hand who has known Ma for years and in 2016 published a biography of the Chinese entrepreneur, Alibaba: The House That Jack Built. It is this book, which doubles as an account of Ma’s life and a corporate history of his important company, that I strongly encourage you to read. (I’m often a slow reader, and I just finished it; that’s why I’m talking about it now.)
Ma’s story is fascinating. Unlike much of the Chinese political leadership, he comes from neither a well-connected family nor from a top university. Instead, through his wily ways and attention to the changing world around him, he cobbled together an e-commerce monolith that is unlike anything in the West. Clark tells this story clearly and objectively, though he clearly admires Ma and the people around him.
As I wrote in my feature article, for all its fame and the success of its 2014 initial public offering on the New York Stock Exchange, Alibaba remains poorly understood outside China. Compared with its home market, its businesses are nascent everywhere else, but they won’t stay that way. Clark’s book is a one-stop shop for beginning to understand one of the most important companies in one of the world’s most important markets. Because Alibaba’s story involves one-time U.S. Internet giant Yahoo as well as Softbank, the still-relevant Japanese telecommunications, and investment firm, Clark also does a good of job reviewing some dot-com history that had become gauzy in my mind.
Clark’s admiration for Ma has its limits. He recounts, for instance, the 2011 spat between Alibaba and its investors, Yahoo and Softbank, over Alipay. In that largely forgotten episode, Ma transferred ownership of Alibaba’s critical payments arm, now known as Ant Financial, into a new entity he controlled, effectively taking it away from Yahoo and Softbank. Clark describes Ma’s defense, that the Chinese government wouldn’t grant a license to a payments firm with such high foreign ownership. What he doesn’t explain is why Ma didn’t bother telling Yahoo and Softbank, whose principals were furious.
Alibaba (BABA, +1.24%) is on a trajectory to be an important global company for years to come. Understanding its story—and that of its charismatic and quirky co-founder—is important for anyone who needs to know about the future of business.

As China’s second richest man, Jack Ma is the global face for the country’s innovative tech entrepreneurs. While he recently met with US President Donald Trump to discuss ways to create more than a million jobs in America, Ma’s mighty e-commerce empire Alibaba famously began in a modest Hangzhou apartment 18 years ago.

Ma’s journey from an English language teacher to global power player is chronicled in Duncan Clark’s Alibaba: The House that Jack Ma Built . An early advisor for the company, Clark credits its success to “the consistency of Ma’s vision.”

“In 1999, [Ma] said he would take on the giants of Silicon Valley and indeed he did. He was driven by an unwavering faith in the power of entrepreneurs and the Internet to transform China,” Clark explains. “Back then in the humble surroundings of his apartment, it all sounded quite impossible, but his self-effacing and humorous personality made me want to believe he could do it.”

While Alibaba began with a focus on business-to-business e-commerce and became profitable within two years, the company exploded with the 2003 founding of its business-to-consumer platform, Taobao. Its AliPay function was spun off into its own separate business a year later.

“Ultimately Jack’s biggest success in the early days was using his charisma to raise the capital he needed to start Taobao,” Clark says. “His reputation was secured by 2006 with Taobao’s humiliation of eBay in China.”
Now Ma uses his engaging personality to charm world leaders, such as his famed appearances at the World Economic Forum (WEF) in Davos, where he routinely undercuts his growing power by noting that he had been rejected 10 times by Harvard. Looking through his archive Ma’s speeches over the last two decades, Clark laughingly points out that the Alibaba founder “has been giving the same speech [over and over again]!”

“Not exactly, of course, but he often repeats some stock stories or jokes,” Clark explains. “But if you look at the faces of his audience, you will see that Jack has an incredible ability to make people laugh and keep their attention. Like a stand-up comedian, he knows how to tailor his performance to suit any particular crowd.”

With a purported 80 percent share of China’s e-commerce market, Alibaba is turning its eyes abroad. Its USD25 billion initial public offering (IPO) three years ago on the New York Stock Exchange was the world’s largest. It recently struck a deal with Steven Spielberg’s Amblin Entertainment, showing its bold intentions to infiltrate Hollywood.

“Alibaba has no choice but to diversify,” Clark says. “China’s e-commerce market is changing in line with the country’s consumers, who are demanding [not only better] quality of goods, but also services and cultural content – from financial services to sports and entertainment.”

“Big data is the driving force for Alibaba’s diversification. All the information flowing through its e-commerce, finance (especially AliPay) and logistics businesses give it a unique opportunity to anticipate, and perhaps even shape, consumer demand.”

An underexplored aspect of Alibaba’s expansion is its focus on emerging markets. While competitors like eBay and Amazon may rule the West, Alibaba Express has become an increasingly popular site for consumers “keen to buy ‘factory gate’ priced products, made in China that are not available through other channels.”

As a result, Alibaba: The House That Jack Ma Built has been greeted with keen global interest with editions available in 15 languages and counting. While Alibaba’s rise to global prominence is seemingly on a smooth course, Clark examines a growing challenge that Chinese entrepreneurs like Ma will face in his Shanghai Literary Festival talk, Pragmatism vs. Populism, that explores rising anti-trade sentiments abroad.

“It’s useful to speculate on how individuals like Jack, who famously met President Trump just before he took office, will be put to the test in the current global disorder,” Clark says. “They succeeded against the odds, but now they need to go global. Can they meet this challenge?” 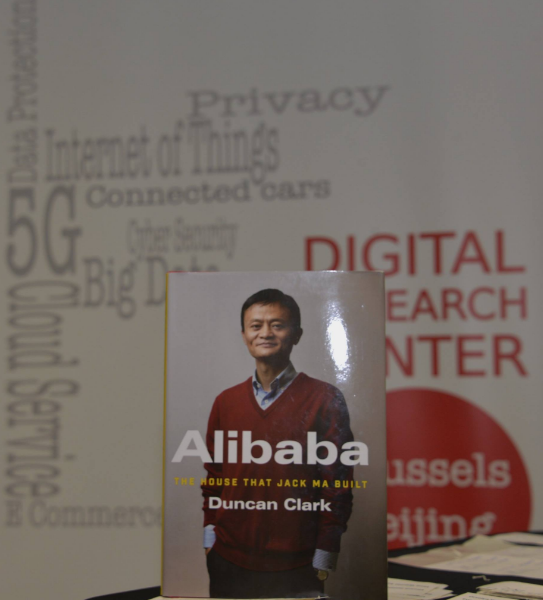 Duncan Clark, Author of “Alibaba: The House that Jack Ma Built” and Founder and Chairman of BDA China speaking at ChinaEU in Brussels. Read more here.

“We appreciate the inspiring speech you delivered at the European Parliament and the vivid presentation next day. Your insightful interpretation on China’s e-commerce development based on your deliberated observation through Jack Ma’s early life contributed enormously to the success of our two events. The sparks generated between your vision and other speakers’ enabled people to regain attention on the brighter side of China-EU relationship, led to an open-up of hot discussion on possible bilateral cooperation on cross-boarder e-commerce. All the audience and speakers enjoyed your passionate presence, especially Claudia Vernotti and myself.”

“Now that the dust has settled a bit I thought I would pop you a mail to try and express what a privilege it was to work with you and the SAGE worldwide team. I just wanted to say a big thank you for the excellent speaker address, tight deadlines and quick turnarounds.

Duncan participated in a virtual fireside chat for an annual investor event.  He was an engaging presenter with interesting personal anecdotes from his 25 years in China and early experience in the internet space.  He was also easy to work with—comfortable on ZOOM, ready and willing during the practice session, and joined early during the event preventing any uncertainty.