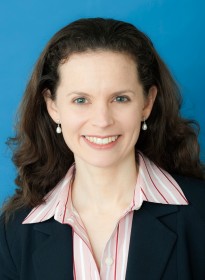 Based in Washington D.C. USA

Taiya Smith, as a Managing Partner at Garnet Strategies, LLC, an international strategic advisory firm with a focus on China, Smith advises clean energy technology companies and nonprofit institutions on leveraging the markets in China and utilizing the U.S.-China relationship to drive change in the clean energy, climate change and conservation markets. She brings clients a unique ability to get complex, difficult things done in environments of uncertainty. Smith has also advised nonprofit and governmental clients such as the U.S. State Department (Special Envoy for Climate Change Todd Stern), the Paulson Institute, the Clean Air Task Force, and the World Wildlife Fund. In 2016, she launched a new effort, The Green Trust, a technology platform designed to break down the barriers inhibiting the deployment of environmental and clean technologies in emerging economies, starting with China. The platform focuses on increasing the efficiency by which international technology companies reach key markets and provides critical information to players in those markets to allow them to make efficient, defendable purchasing decisions. Smith is a regular speaker on China’s role in the world, China’s impact on clean energy and climate change, and the U.S.-China relationship.

Previously, Smith served as a member of Secretary Hank Paulson’s senior management team as the Deputy Chief of Staff and Executive Secretary for the U.S. Department of the Treasury. In this capacity, she was the principal adviser to the Secretary on the U.S.-China relationship and the key force behind designing and managing the U.S.-China Strategic Economic Dialogue (SED), which continues to be the highest-level regular dialogue between the two governments. She led the coordination efforts within the U.S. government and negotiated with the Chinese on behalf of more than eight U.S. agencies. Working with her team at Treasury, she also established the U.S.–China Ten Year Framework on Energy and the Environment and the EcoPartnership program, both of which served as the platform for U.S.- China cooperation on climate change and supported the agreement reached in Paris. Following her government service, Smith was a Senior Associate for the China and Climate Change programs at the Carnegie Endowment for International Peace and a Senior Advisor to the United Nations Foundation leading its work on climate finance.

Smith served as special assistant to Deputy Secretary of State Robert B. Zoellick 2005 through mid-2006 and was Zoellick’s policy adviser for Africa, Europe, and political/military affairs, including U.S.-EU relations, energy security, and U.S.-Sudan policy. Prior to that, Smith was the State Department’s point person on the Darfur situation, spending much of her time in Darfur working with international donors, the Sudanese government and rebel factions. In this role, Smith was responsible for coordinating policy makers and donors across three continents to achieve consistent and coherent policy on Sudan. She started in government as a Presidential Management Fellow in the office of Population, Refugees and Migration for the State Department in 2003 based in Washington, Ghana, and Cote d’Ivoire. Prior to joining the government, she served as a member of the facilitation team for the Burundi Peace Negotiations led by Nelson Mandela, based in Tanzania and Burundi.

Smith holds a B.A. from Wesleyan University and a M.P.P. from the Kennedy School of Government. She is a member of the Council on Foreign Relations and the National Committee on United States-China Relations. Along with their three children, Smith and her husband split their time between Washington, DC and their farm in Rappahannock County, Virginia.

Why Go Strategic?: The Value of a Truly Strategic Dialogue Between the United States and China.