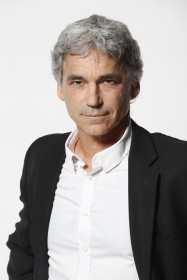 Roni Porat is an international orchestra conductor and leadership master. He conducts and creates innovative programs for orchestras in Israel – his country of origin – and around the world. Roni Porat composes music for chamber ensembles and orchestras.Since 1992 he performed concerts and created programs that combined music with other Performing Arts – programs for children, families, youth and adults – with the world renowned Israel Philharmonic Orchestra and other leading orchestras in Israel.

Roni Porat is one of the founders of the “Israel Stage Orchestra” where he served as a Musical and Artistic Director since its establishment, from 1992 until 2006.

During the summer vacations in his years as a student at the Academy, Roni Porat performed in the streets of Europe and the United States, where he acquired skills in theater, magic and juggling; he also developed a unique and direct manner by which to connect with the audience – an approach that he applies in concerts that he arranges and presents, and in lectures.

In addition to ‘ordinary’ concerts Roni Porat creates projects that combine music and theater, and brings a new model of concert to the stage :  Concert \ Theatre creates considerable interest and is highly praised. His unique and innovative works are highly acclaimed,

In addition to his extensive musical work, Roni Porat is active as a lecturer on the subject of leadership, conducting and running workshops on personal and business development. Porat cooperates with private sector organizations and managers.

Roni Porat has created and maintains the leadership workshop “Conducting Success” that allows managers to go through transformation and personal growth, giving them a real life experience of conducting a chamber ensemble. Another workshop Roni has created, titled “Master Class”, brings insights from the music world into one’s own life and vice versa.

Roni Porat has a personal website: www.RoniPorat.com , a music and stage site where you can read about his programs, listen to his compositions, and watch videos of various performances.