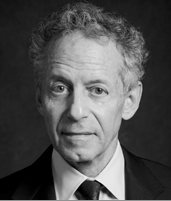 Miller has served successively as Vice Chairman of Merrill Lynch Capital Markets and Credit Suisse First Boston. At Merrill Lynch, Miller built and ran the Mergers & Acquisitions Department while forming the first bulge bracket private equity group, Merrill Lynch Capital Partners, as well as the very profitable bridge financing business, each of which reported to him. Upon leaving Merrill he formed The Lodestar Group, a merchant bank which he sold to Societe Generale. After that sale he joined Credit Suisse First Boston as, then, their only Vice Chairman, charged with acting as financial advisor to wealthy individuals and a number of the world’s largest corporations.

Miller is an active member of the Council on Foreign Relations.  He is Chairman of the Advisory Board for the NYU-Shanghai Program on Innovation & Creativity and a Board member of the Asian Cultural Council. In addition, Miller acts as advisor to the US State Department through its Advisory Committee on International Economic Policy, and likewise as senior advisor to Contour Venture Partners, a venture capital fund he helped create whose purpose is investing in early stage East Coast businesses.

Miller received his B.A. with honors from the University of Michigan (1964), M.A. from Yale University (1965 – Chinese Studies), and J.D. from Harvard University (1969). Publications include articles on China, venture capital, economic development, international relations, and the merger market in Foreign Affairs, Time Magazine, The Harvard Journal of Legislation, The Business Lawyer, The Far Eastern Economic Review, The New Republic, The Deal, The Nation, and Fortune.

Ken Miller talks about his views on Shanghai Free-Trade Zone.

Bloomberg’s Stephen Engle reports on the conclusion of the 3rd Party Plenum which is leaving a lot more questions than answers.

Ken Miller was interviewed about the questions Plenum leaves.