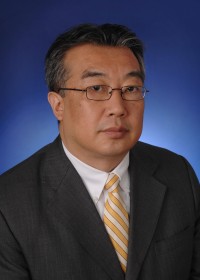 Based in Chicago, Illinois, USA

HAN Shi is Resident Scholar at the Carnegie–Tsinghua Center for Global Policy concentrating on international business issues and Managing Partner of ChinaLine, LLC. His economic research addresses challenges arising from interactions between American and Chinese businesses and the competition and cooperation between state and non-state economic entities.

In addition to overseeing the Global Business and Economics program at the Carnegie–Tsinghua Center, as managing partner of ChinaLine, LLC, a Chicago-based management consulting firm that specializes in cross-border alliances and acquisitions, HAN has advised leading multinational corporations such as Bausch & Lomb, Eastman Kodak, Illinois Tool Works, and Spectrum Brands in the areas of supply chain development and strategic acquisition in China. He has been instrumental in setting up groundbreaking business structures and supplier relationships that generated cost savings in the millions of dollars.

He was formerly a research fellow at Harvard University’s John F. Kennedy School of Government and an economics lecturer at Peking University. He co-authored and co-edited three books on the strategic behavior of economic actors in incomplete markets, institutional transitioning from central planning to a free market, and the introduction of national accounts statistics in China. Some of his research works were funded by the Ford Foundation, the U.S. Department of Education, and the Foundation for Transcultural Studies of Japan. 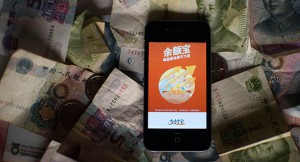 Many sellers in China today are accustomed to demanding large deposits before offering their products or services to buyers. The practice stretches across a variety of businesses, from state-owned, monopolistic utility companies, bus operators, and cell phone providers to private competitors such as supermarkets and health clubs. Taking prepayments for granted is a distinctive feature of contemporary Chinese commercial culture.

Credit, in the form of these prepayments, is extended by individual customers with moderate means to more organized businesses with greater resources. This hurts consumers with limited funds more than it helps financially more capable producers. In fact, business organizations should extend credit to individual consumers, not the other way around. In the prepayment culture, the money flows in the wrong direction. The convention should be phased out.

Consumers’ access to power, hot water, or natural gas is turned off if the meter is not fully fed. Potential apartment buyers lose the privilege of reserving apartments yet to be built if they don’t give real estate agents substantial down payments. Before admitting patients, hospitals require exorbitant deposits, often amounting to more than a quarter of an individual’s average annual salary, even for those with basic healthcare coverage. Health clubs charge memberships by the year. A sign in the window of a Beijing barbershop reads: a 10,000 renminbi (RMB) deposit and haircuts for life.

When a buyer has to pay a large sum well before a service is rendered or a good is obtained, he or she is lending money to the seller. Generally, if a loan goes from a market player with a surplus of funds to one with a shortage of funds, the otherwise idle money is put to effective use. But that is not the case when it comes to prepayments in China.

Individual consumers in China find themselves involuntarily extending substantial loans to highly organized commercial entities and institutions in areas that are fundamental to everyday life. These ordinary Chinese consumers are not large market players with excess funds but individuals with moderate incomes who make only several thousand dollars a year.

The commercial organizations taking prepayments are often not market players with a shortage of funds. Many of them are powerful government-owned hospitals, universities, cell phone providers, and power companies with deep pockets and monopolistic market positions. Chinese services are banking on the deposits of their customers and seek to maximize prepayments to finance their operations. Selling prepaid cards is one of the main methods Chinese retailers and service providers use to amass money from consumers. Over $160 billion (RMB 1 trillion) worth of prepaid cards was sold in 2013, amounting to over 10 percent of total retail sales in China. The sales of prepaid cards grew by over 25 percent in 2011. The growth rate slowed to 17 percent in 2012 only as the economy decelerated.

One positive development is that more financial institutions in China are widening the scope of their product offerings and delivering higher returns to depositors as the banking sector undergoes incremental liberalization. Consumers realize that instead of putting down large sums in advance payments for discounted prices in the future, they can deposit the same amount in a market-oriented financial institution for a healthy return that adds up to more than the value of the discounts promised by those collecting prepayments. The shadow banking system and emergent online banking outlets in China offer higher returns to depositors that compete with state and foreign banks, which in turn raise their interest rates for depositors, approaching the government-mandated upper limit. As the interest rates paid to depositors increase, consumers’ opportunity cost for making prepayments to service providers goes up as well.

The expansion of the credit card market has also accelerated. The annual growth rate for credit card issuance hit 18 percent in 2013, and transaction volume went up by 31 percent the same year, reaching almost $300 billion (RMB 1.84 trillion), nearly twice the prepaid card volume. Brick-and-mortar retailers such as Suning and Guomei teamed up with large banks like the Industrial and Commercial Bank of China (ICBC) to issue credit cards to buyers of appliances and electronics. Department stores and furniture shops followed suit.

Internationally funded and heavily promoted online retailers such as Jingdong (JD) and Alibaba are going a step further in switching consumers from prepayments to IOUs.

Earlier this year, JD, a Nasdaq-listed retailer, pioneered the JD IOU (Jingdong Baitiao), an arrangement that lets qualified buyers purchase up to nearly $2,500 (RMB 15,000) worth of merchandise from its website without paying anything up front. It’s a far cry from the convention of prepayment still prevalent in today’s Chinese consumer market.

It took no time for Alibaba, ahead of its initial public offering (IPO) on the New York Stock Exchange, to counter with an IOU offer of its own. Ali-Installments (Ali Fenqigou) comes with a credit line three times as large, a less stringent qualification process, and a lower initial interest rate. Tired of the bureaucracy of state banks, Alibaba, a massive online retailer with Alipay—a widely used payment platform—and a network of supply chains, decided to become a bank by itself.

The retailer-backed online banks are quickly gaining popularity. These outlets are becoming a place for consumers not only to deposit their money for higher returns but also to obtain credit for making purchases with smaller initial outlays.

Given the major position of Alibaba in China’s online retailing sector and its enviable financial strength after its successful New York IPO, the company, together with its competitors, has the potential to bring Chinese prepayment culture to an end. It’s time for a concerted effort to do away with the convention of prepayment and develop a deeper credit culture in China.

International banks, equity funds, and multinational corporations should do more to help complete the prepayment-to-credit transformation in China by institutionalizing best practices—the same practices, despite the latest financial crisis, that brought about a higher living standard in high-income countries that is yet to be achieved in China. International companies have been instrumental in the transformation process thus far. U.S. and European banks helped modernize Chinese state banks and profited from their efforts handsomely. American and Japanese equity funds made significant, long-term investments in companies like JD and Alibaba that are championing a credit culture in the Chinese market.

Selling off shares of large, monopolistic state companies in highly regulated industries, such as oil and banking, is a major policy change that will accelerate the diversification of ownership, the development of a free market, and the formation of a credit culture. As the mixed-ownership reform charges ahead, expanding into other regulated industries, more opportunities for market competition and ending prepayment arrangements will emerge.

The restrictions on the deposit and credit card rates must also be lifted so the real costs and benefits of prepayments and credit will be made apparent. Market liberalization changes in more industries will make the government-controlled interest rates and exchange rate even more out of place.

Some analysts argue that Chinese consumers are saving too much and that to drive growth and rebalance the economy, consumption must increase. But it is not just about savings levels. Prepayments cut into current consumption rates in no uncertain terms, especially after social security, medical insurance, and mortgage payments are made. A dollar advanced to the electricity company is a dollar less for electronics. If increasing consumption levels is the concern, calling for retailers to drop their deposit requirements could be more effective than advocating for lowering the savings rate, which remains high despite a lower regulated interest rate.

The financial market can direct excess resources to those actors that need them. The high tide must be able to raise all boats. Ending the prepayment culture in China that extracts funds from average consumers will make the money flow in the right direction—the wealthier and more organized commercial entities will lend money to individual consumers with moderate incomes, not the other way around.