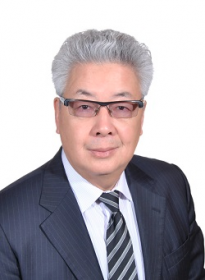 GAO Jian is now a senior economist in China. He was a visiting scholar in the Department of Economics in Harvard in 2013 and 2014. He was also a Senior Advisor of China Development Bank (CDB) between 2012 and 2013.

Before his retirement from CDB in 2012, he was Executive Vice Governor, Executive member of Board of CDB, and Chairman of CDB Securities since 2008 and was Vice Governor at the vice-ministerial level since 2003. He was the Chairman of Sino-African Fund, Chairman of China Manufacture Fund and Vice Chairman of Mandarin Capital between 2006 and 2013. Between 2001 and 2003, he was Assistant Governor of CDB, and between 1998 and 2001, he was Chief economists and Direct General of the Treasury Department of CDB. While at CDB, Dr. Gao laid the ground work of CDB’s market based debt financing and led CDB to become a leader of financial innovation, the number two issuer, the top underwriter, and a leading player in financial market in China. He also contributed to the development of CDB’s investment and intermediate business, as well as to the overall risk management of CDB.

Dr. Gao Jian, is the founder of China’s government securities market, for which he has established the reputation of The Godfather of China’s debt capital market, reflecting his pioneering works and innovative ideas that contribute to the country’s debt capital markets. He was awarded “Special Contributor” by State Council of China in 1999 for his innovative work in the Ministry of Finance and in developing China’s financial market.

In addition to his contribution in fiscal and financial areas, Dr. Gao has contributed to China’s international relationships with his insightful vision and down-to-the earth work style. He has personal relationship with a number of top world leaders. He is an IAB member of Turkey AKbank and the IAB Chairman of Mandarin Capital Partnership. He was awarded “Grand’Ufficiale dell’Ordine della Stella d’Italia” by the Italian President, His Excellency Giorgio Napolitano, in 2014 for his contribution to the China-Italy relationship.

In addition to his government career, Dr. Gao has been active in the academic arena. He has been recognized as a senior economist since early 1980s and has been guest Professor of a number of Chinese universities such as Central University of Finance and Economics, Fiscal Research Institute, and Southwest University of Finance and Economics. He gave lectures and speeches at Brown University and Yale University in 2014, Columbia University, Massachusetts Institute of Technology, and Boston University in 2013, Bologna University in 2012, as well as Hong Kong University and Hong Kong Chinese University between 1999 and 2001. Dr. Gao has written 11 books of which 9 of them in Chinese are on economic and financial issues. He is the author of the book in English: The Debt Capital Market in China and the co-author of the book in English: Investment and Development in China.