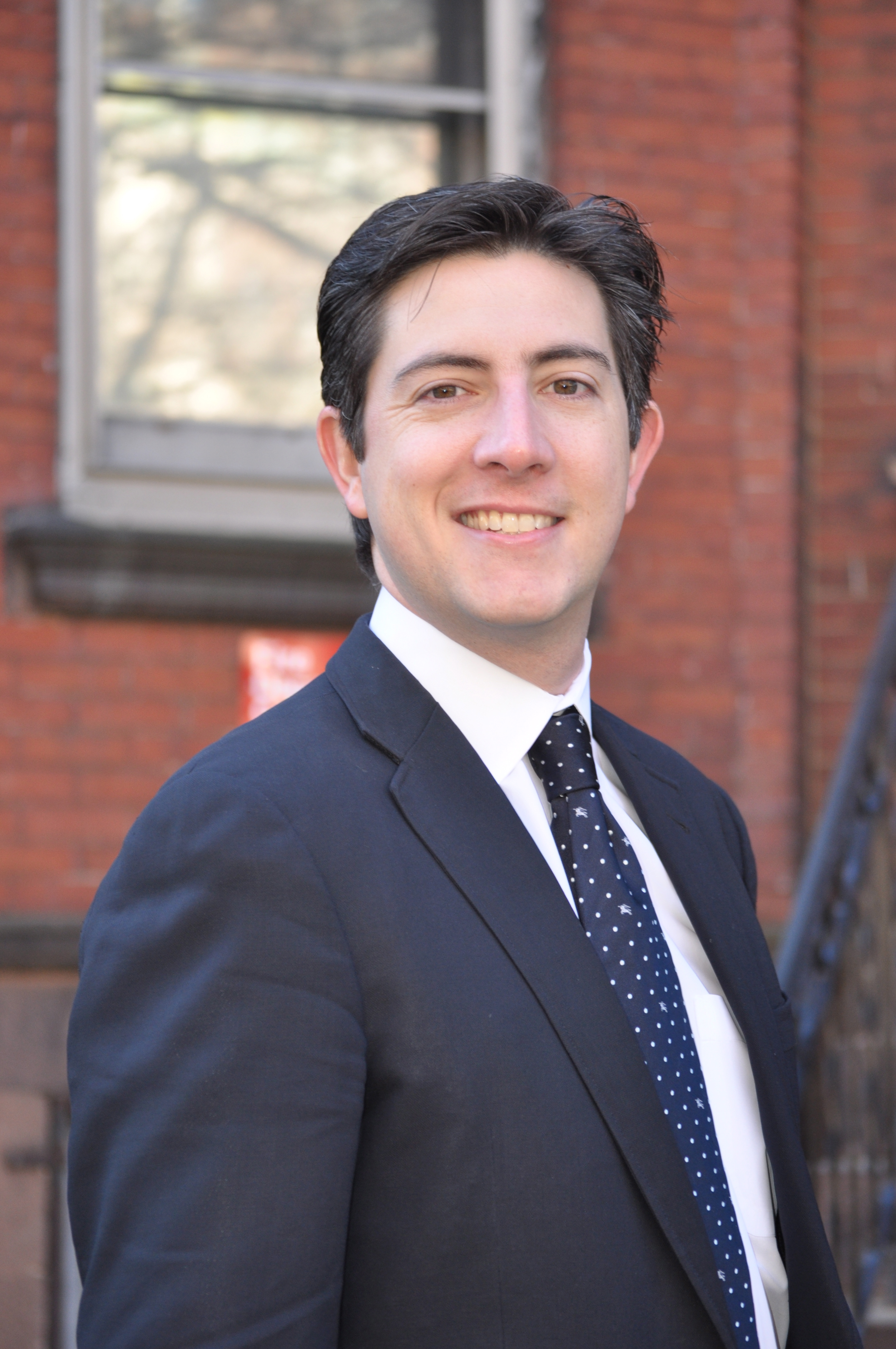 Based in Boston, Massachuset, USA

Professor Edward CUNNINGHAM is Director of China Programs, Ash Center for Democratic Governance and Innovation, Director of Asia Energy and Sustainability Initiative, Adjunct Lecturer in Public Policy at Harvard Kennedy School and Assistant Professor in Boston University’s Department of Earth and Environment. A fluent Mandarin speaker, Cunningham is a leading authority on China’s energy markets and governance, and is also a popular speaker on issues relating to US/China comparative education systems as well as a broad range of issues related to China’s politics and economy.

Cunningham’s academic and consultancy work related to China’s energy markets span both the fossil and renewable industries and appear in major media such as The New York Times, The New Yorker, Bloomberg, and The Economist. His clients range from startups in energy storage and wind power to established majors in air pollution control, coal gasification and unconventional oil and gas exploration. While a doctoral candidate at the Massachusetts Institute of Technology (M.I.T.), he served as a team member in The Future of Coal report, a three-year study of the global coal market, leading energy technologies, and the political economy of energy investment. He also contributed to M.I.T.’s five-year “Globalization Study” of international competitiveness and corporate strategy, which examined over 500 leading companies and led to the publication How We Compete.

Cunningham is also uniquely positioned to speak on the topic of comparative education. In his over two decades of work related to China, he has attended China’s Beijing Experimental Middle School, Peking University, and Tsinghua University, and graduated from Milton Academy, Georgetown University, Harvard University, and the Massachusetts Institute of Technology (M.I.T.) in the US. He frequently compares the features of American and Chinese education, focusing on the competitive implications posed by the profound differences between such systems. He is a Co-Founder of Harvard Square Educational Associates, a boutique consultancy that helps place Chinese students in elite American schools. Cunningham was selected as a Fulbright Fellow to China. 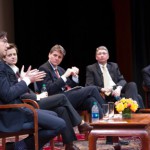 And the country’s recent economic slowdown could actually help

While it is easy to dismiss China’s new cap and trade policy as just a partial Band-Aid on hemorrhaging Chinese carbon emissions — or as destined to languish because of poor Chinese emissions data, weak enforcement of rules, corruption and weak market institutions — the timing could not have been better. Announced by Chinese President Xi Jinping at the White House on Sept. 25, China’s plan is to launch a national emission trading system in 2017, covering key industries including power generation, iron and steel, chemicals, building materials, paper-making, and nonferrous metals. Political directives from the top in Beijing are combining with China’s recent economic slump to produce a much higher likelihood that China will succeed in creating a cap and trade market that makes a difference. Past experiments in emissions trading systems (ETS) in China certainly have been difficult. But this one could be different.

First, a rapidly growing energy system often leaves Chinese policymakers little room for experimentation when the government is simply trying to keep the lights on and underlying energy prices are high. Fear of grid instability, price volatility, and more dynamic demand curves hindered the scaling of many of the previous demand-side energy reforms, conservation efforts, emissions trading schemes, and other initiatives. In addition, high demand and high fuel prices led to a wide gap between the lower state-subsidized prices for things such as electric power, and the higher liberalized market rate resulting from experiments. In contrast, the recent economic slowdown to about seven percent GDP growth and resulting drop in fuel prices has closed this gap, and enabled reforms such as power pricing reforms in critical markets like the southeastern city Shenzhen, where high power prices will be reduced. This breathing room in the energy system is important for emissions trading schemes, which by design seek to place a price on emissions and therefore raise costs to reflect social costs.

Second, the strategic inclusion of a $3.1 billion fund to aid developing countries in the fight against climate change, also announced on Sept. 25, signals a growing and important psychological shift among Chinese policymakers. Providing funds, even if limited, departs from a “Copenhagen era” approach in which a fractious developing-world bloc often placed China as a de-facto lead in climate negotiations, arguing that climate mitigation technology and infrastructure funds should flow from the developed to the developing world. Instead, China is committing to fund climate efforts in the world itself, thus breaking from this unproductive negotiating dynamic.

Perhaps most importantly, China’s move has implications for U.S. domestic climate legislation. Beijing’s recent cap and trade announcement directly undermines U.S. policymakers who have long argued that China’s participation in climate mitigation policy is a prerequisite for U.S. action in this arena. With China attempting to blanket larger swathes of its industrial economy in carbon policy, the United States will find it harder to not follow suit and is instead likely to expand beyond actions covering only the domestic power sector.

The trading of any commodity requires buyers and sellers. Break-neck economic growth limited the supply of sellers from previous Chinese attempts to start regional sulfur dioxide markets and more recently, pilot carbon dioxide markets. With power generators trying to keep up with demand, few were in a position to have any excess emissions credits to sell. The result was stilted, forced trades with only symbolic value. With slowing economic growth, China’s expanded fleet of more efficient power plants and renewable assets, along with stagnating iron, steel, and coal plants, represent a growing cadre of real potential credit sellers.

To be sure, significant carbon accounting challenges will now finally need to be addressed, rather than delayed, and equally vexing governance problems of monitoring, reporting, and verification must be resolved. Measuring GDP in China has proven difficult enough, let alone the carbon content of varying coal feedstocks and emissions in fragmented industrial uses. The potential for major market power of state-owned enterprises (SOEs) in a carbon market is also a real concern, should SOEs with a generally lower capital cost compete with private companies that often are shouldered with a higher capital cost. There are also solutions to such challenges, including holding limits. These are all welcome challenges, however, given the centrality of government policy in these approaches and the political will represented by Xi’s recent policy move.

While Europe’s decade-long cap and trade experiment has been difficult, we should keep in mind that China’s pilots were a mere concept five years ago and were launched two years ago. This push occurred during a dark period for cap and trade, during which the United States failed to pass a nationwide cap and trade policy, Australia reversed its own carbon market plan, and the UN’s Clean Development Mechanism market collapsed.

China’s coordinated move to reduce emissions through more efficient credit trading and more efficient electricity dispatch will need to combine with proactive international diplomacy with the other major emitters. Supporters of climate action across the globe are placing much hope on the upcoming COP21 climate conference in Paris this December. Fortunately, Chinese leaders in this respect have also shifted to a more active stance. Historically Chinese negotiators were often caught between the demands of other developing nation coalitions, such as the “Group of 77” focused on supporting adaptation funds for smaller emitters, and the demands of developed economies to focus efforts and the majority of funds towards climate mitigation. China itself is rather unique in this regard, as a major emitter with both gleaming modern cities of the 21st century and deeply impoverished areas and populations.

Funding from the developed world to the developing world in the form of green technology transfer funds or climate adaptation funds were one of the many bones of contention between China and U.S./EU parties. Here China has transformed. President Xi’s announcement of the $3.1 billion fund to aid developing nations, while not particularly large, reflects the same shift evident in Chinese Premier Li Keqiang’s historic visit to the Organization for Economic Co-operation and Development (OECD) earlier this summer, the first of its kind of any senior Chinese leader. Li signed China’s joining of the OECD Development Centre and related assistance programs. On the private sector side of the ledger, a growing number of sectorial green technology funds have begun to emerge that leverage Chinese finances to deploy energy efficiency, new materials, renewable energy, and energy service technologies from the U.S. and EU in China and the developing world.

China consumes just over half of the world’s coal, emits twice the carbon of the United States, yet is aiming to build a carbon trading market twice the size of Europe’s — by far the largest in the world. While critics cite the exclusion of transport in this initial phase of the market, inclusion of the fragmented and critical industrial sectors of iron and steel, chemicals, and construction represents a critical step towards bending the carbon intensity curve downward. As one useful Chinese saying goes, “beyond the mountains are yet taller mountains.” While challenges are clearly ahead, the timing of the most recent cap and trade policy provides another major lift above a mountain range that has stymied serious Chinese commitment for some time. The resulting view is impressive, and a cause for realistic hope heading into Paris this winter.