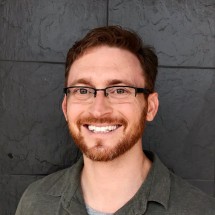 John G. Kachtik is a Political Consultant based in Asia.

John Kachtik previously served as the national security advisor to Senator John Thune (R-South Dakota), Chairman of the Republican Conference and Committee on Commerce, Science and Transportation. In this capacity, Mr. Kachtik was the Senator’s senior advisor, speechwriter and legislative lead on foreign policy, immigration, and national security. This included the Iran nuclear agreement, Russian and North Korean sanctions, human rights, and department of defense funding and procurement.

In 2009, Mr. Kachtik served as a congressional fellow to Congressman Mike Pence, supporting him on the House Foreign Relations Committee and serving as a personal aide to the congressman in meetings with foreign diplomats. Mr. Kachtik was also a team leader in Pence’s 2012 campaign for Governor of Indiana.

Based in Seoul, South Korea, Mr. Kachtik directed the North Korea and Burma (Myanmar) programs for a pro-democracy NGO, implementing U.S. government grants in support of democratic transition. Mr. Kachtik has also served as the country director for a humanitarian aid NGO in China, following the May 2008 earthquake in Sichuan province.

During the Bush administration, Mr. Kachtik served as the Special Assistant to the President’s Special Envoy for North Korean Human Rights. In this role, he coordinated U.S. policy between the Department of State, Congress, DOD, NSC, USAID, and government intelligence agencies, as well as direct dialogue with foreign diplomats and politicians.

Mr. Kachtik currently lives in Singapore. In his spare time, he enjoys hiking, kayaking, fishing and CrossFit. He is also certified as a commercial guide for Class V whitewater rafting.