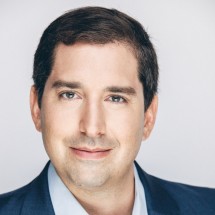 Based in Los Angeles, California, USA

Joel BACKALER is author of the award-winning book, China Goes West: Everything You Need to Know About Chinese Companies Going Global. He is also a Forbes columnist, Managing Director at Frontier Strategy Group, and a member of the National Committee on United States-China Relations. He specializes in helping companies and their executives build high-performing international businesses.
Backaler brings a diverse global business perspective. He has previously consulted for senior executives at Fortune 500 multinational corporations on their international business strategy including including Cisco, Syngenta, Johnson & Johnson, Hewlett Packard, Philips, and Danone. He has also worked with a number of private and state-owned Chinese companies on their international expansion initiatives.
He is a frequent contributor to mainstream global media outlets such as the Financial Times, Harvard Business Review, The New York Times, and Bloomberg. He has lectured at Ivy League universities, testified before the U.S.-China Economic and Security Review Commission, and has delivered more than 70 speeches on global business strategy. Backaler, a fluent Mandarin-speaker, has worked and lived in Beijing, Shanghai, Singapore, and Washington, DC.

ChemChina-Syngenta, Haier-GE Appliances, Dalian Wanda-Legendary… What’s behind China’s record-breaking M&A push in 2016? My last Forbes article introduced the major deals announced so far this year and argued that many Chinese firms seek overseas acquisitions to strengthen their businesses back home in China, rather than increase market share overseas. However, some Chinese companies do choose M&A for the primary purpose of accelerating their expansion into international markets. They use these acquisitions to expand global distribution channels, enter new overseas business segments, and build stronger relationships with international customers. They are looking to increase their local presence and performance in markets around the world.

You may have never heard of Cheetah Mobile, but it is a rapidly growing Chinese mobile application company listed on the New York Stock Exchange. Cheetah Mobile operates in a fairly niche space. Rather than try to develop the next addictive mobile game, it has chosen to invest in creating practical applications that optimize phone security, battery life, and storage capacity. Since its founding, Cheetah Mobile’s products have always been designed for a global audience—in part because it is notoriously difficult to monetize mobile services in China.

C. Banner is a strategic partner of Sanpower Group, a Chinese conglomerate that purchased the British department store chain House of Fraser in 2014. C. Banner intends to use the Hamleys acquisition to further diversify its business by selling toys and a variety of “non-footwear” goods through Sanpower’s overseas retail outlets. In the future, C. Banner is also planning to develop its own global retail channels in the UK and around the world.

Get Closer to International Customers

When Beijing-based Ninebot acquired Segway in the U.S. last April for an undisclosed amount, the Chinese firm already had an internationally competitive personal transportation product. In fact, Segway had previously accused Ninebot of copying its intellectual property. However, Ninebot saw the Segway brand as an established player that could help it get a better understanding of new potential customers in the U.S.

At the 2016 Consumer Electronics Show in Las Vegas earlier this year, the combined company unveiled one of its first flagship products, the Hoverbutler. Through collaboration with Intel, the new product serves as a personal transporter that transforms into a household robot. Breaking the traditional image of the large and bulky Segway, the firm also rejuvenated its brand with its new lightweight vehicle for ‘last mile’ transportation (think an efficient way to travel from the subway station to the office) that also serves as a form of entertainment and convenience back at home.

Seeding the Future by Going Out

There is no question that Chinese companies are eagerly exploring opportunities to acquire companies in international markets. While some Chinese firms make these purchases to gain new capabilities that will increase their competitiveness back home, these three examples demonstrate that others are doing so to expand their reach into markets far beyond the walls of the Middle Kingdom. Regardless of their motivations, it is clear that Chinese firms recognize their need to look to other companies for experience and expertise in sectors and geographies outside of their core traditional business. Only in this way will they build thriving global enterprises that can stand the test of time—at home and overseas.

Joel Backaler is a Managing Director at Frontier Strategy Group and Author of China Goes West: Everything You Need to Know About Chinese Companies Going Global. Twitter @JoelBackaler

Joel Backaler: Why China’s M&A engine may be sputtering

This year has all signs of becoming another bumper year for Chinese overseas mergers and acquisition activity. In the first three months alone, the total value of cross-border deals nearly reached 2015 annual totals ($101bn and $109bn, respectively).

However, all of this overseas business activity is occurring against a backdrop of a Chinese domestic economy that is facing myriad challenges with a slower GDP growth forecast of 6.5 per cent, reduced domestic demand and decreasing industrial profits not to mention industrial overcapacity.

Now the outlook for Chinese overseas M&A may not be as bright as it seems despite the impressive Q1 figures. Chinese corporate investors are finding that it is no longer sufficient simply to “write the biggest check,” as their deals face heightened scrutiny from overseas businesses and governments alike.

We believe there are several reasons why 2016 won’t be the record year everyone is predicting, and why overseas M&A figures originating from China may take a dip before China becomes an enduring M&A player on the international stage.

Reason 1: Increasing Pressure for Transparency
When Anbang dropped its $14bn bid for Starwood, a US hotels group, a lot of uncertainty prevailed: would this unlisted provincial car insurer founded in 2004 finally have access to the financing it claimed?

Although its political connections (the company’s chairman Wu Xiaohui is married to a grand-daughter of China’s former paramount leader Deng Xiaoping) would normally have helped, they seem to have backfired as Wall Street appeared suspicious of party and government influence.

The Anbang deal is not alone. As China’s role in international M&A continues to intensify, Chinese firms are coming under increased pressure by those involved in these deals for greater transparency with regard to ownership structure, funding sources and corporate governance. It’s not just about going out with the highest bid,but also the need to ensure the buyers will be good stewards of the business post-acquisition. Due diligence works both ways.

Meanwhile, the European Union is looking deeply into granting – or not – China a market economy status and finalising a Bilateral Investment Treaty (BIT). Although these two would certainly help transparency and rules, market economy status looks increasingly unlikely this year, and BIT is under negotiation. The UK is also implementing rules requiring greater transparency. It just introduced a new law that stipulates all businesses which own more than 25 per cent of a British asset must keep a register of the people who have control over them.

Reason 2: Growing National Security Concerns
In addition to overseas investment bankers and acquisition targets, foreign governments are growing increasingly wary of Chinese acquirers. There are obvious discrepancies between the US and European approaches, as neither the EU – nor individual member states – have set any kind of system to monitor inward investment such as the Committee on Foreign Investment in the US (CFIUS).

In the US, the situation is quite different: In March 2016, ZTE, the state-owned Chinese telecommunications firm, was added to a sanctions-related blacklist by the US government for national security reasons and in Europe a recent $3bn deal with Chinese investors was recently dropped by Philips Lighting because of US pressures.

Governments, businesses and the public naturally fear what they don’t understand. The less clear their investment objectives are for acquiring international businesses, the more scrutiny and regulatory challenges Chinese firms will face.

Reason 3: Debt Pressure is Rising
On the same day Anbang declared that it would abandon its bid for Starwoods, the Shanghai-based Fosun group announced that it would stop pursuing overseas acquisitions.

Over the last two years, Fosun has acquired approximately 50 firms across a variety of sectors, which include French resort operator Club Méditerranée, Greek retailer Folli Follie and a series of high profile insurance (Portugal’s Caixa Seguros, Meadowbrook) and real estate assets. According to reports, Fosun’s net debt rose to 112 per cent of equity attributable to shareholders at the end of 2014 and ended last year at 91 per cent.

Fosun’s decision demonstrates that Chinese firms do not have unlimited access to funding to help advance overseas M&A initiatives. As with companies from any other country, there is a limit to how much a single Chinese firm can absorb and integrate while pushing forward with new investment initiatives. The handful of companies that repeatedly appear in the headlines will likely need to follow Fosun’s lead and reassess their long-term global M&A strategy before diving into the next deal.

We are not saying that the massive increase in M&A originating from China will reach an end, but that there is likely going to be a correction as Chinese companies adjust to the fact that successful deals are no longer sealed simply by writing the biggest check. While the investment capital will certainly help, executives will need to be able to answer questions about where the capital is coming from, who owns the company and how the acquisition will be managed within the existing business portfolio.

This piece was originally published in the Financial Times.

“I moderated a panel featuring Joel at the Hamburg Summit, a high profile Sino-European conference attended by Li Keqiang, the Premier of China. Backaler commanded the audience with highly illustrative examples and stories based on his first-hand experience. He’s highly engaging!”

“He made a series of complex topics easily understandable for my students at the Woodrow Wilson School of Public & International Affairs. Joel is a natural presenter and he has strong command of his subject matter.”

“Joel has a unique ability to appeal to multiple audiences sitting in the same room. His presentation at SelectUSA was well received by the senior most members of my team, as well as attendees from other divisions. Highly recommended.”

“Joel gave a first-rate presentation while he was in Hong Kong – full of insights and pertinent stories on China’s expansion into Western markets.”