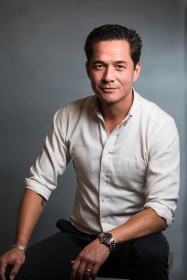 Based in Flagstaff, Arizona, USA

With a keen interest in Chinese medicine and preventative health practices, Tan traveled to China in 2005 where he lived and worked for 10-years. Many years prior to formal study, Tan’s engineering background (Tan also has a degree in Construction Management) and fascination with Western Science at the highest level led him to relational ideas in ancient Eastern philosophy. This connection and realization inspired him to eventually see life and health through the lens of Chinese medicine.

Tan believes the true power of Chinese medicine lies in the prevention… its theory and methodology.  Tan’s talent lies in understanding and translating ancient health wisdom, then delivering it in a structured way. He strongly believes that this process, experience and deeper connection with the content, is a key to initiate authentic personal change. Alex skillfully facilitates the first steps from conceptual understanding into real action.

‘Effective wellness programs are about creating the ‘right mix’ of quality content, process and follow-up providing the greatest chance for genuine personal change and growth’

Tan is a unique combination of ancient wisdom and modern science. He is a native English speaker with a Chinese heritage who understands Chinese language and culture and both Asian and ‘non-Asian’ perspectives. Tan is originally from Sydney, and after 10-years in China has relocated the family to Flagstaff, Arizona (his wife’s hometown).

Tan’s aim is to help you discover the power of Chinese medicine for restoring, maintaining and promoting balance, health, productivity and fulfilment.

Alex Tan: What Exactly Are Those Red Circles On Michael Phelps?

We have recently seen cupping marks, or what appears to be tennis ball size circular reddish/bluish marks on Michael Phelps and other Olympic athletes. There are a number of names and explanations for what these marks are. Let’s take a closer look at this and the history related to this ancient health remedy.

Along with the high-tech training, equipment and treatment methods, we are seeing evidence of the rise of complementary medicine within the developed world. The wellness movement, the rise of East Asian Medicine, an interest in relational, subjective, holistic perspectives returning to give counter-weight to our recent era of analytical, objective, reductionist view of the world and the human body. For many of us, this is a natural addition to the established healthcare system and takes nothing away from biomedicine and its effectiveness. This is about providing a comprehensive approach to health and human life.

In Chinese medicine cupping can be used as a general preventative method of promoting health, as well as for the simple treatment of tight, sore or stiff muscles. It is also used from a more clinical perspective to treat general health conditions including arthritic pain, digestive disorders, headache, hypertension, common cold, cough, lower back pain, painful menstruation and painful eye conditions.

Cupping generally leaves marks, that look like perfect round bruises. The benefits are believed to be associated with drawing up fluids from deeper tissue stagnation to the surface, allowing those deeper areas to be flushed with fresh oxygenated blood, while stagnation is moved to the surface where the body has a better ability to resolve it.

The theory of Acupuncture & Oriental medicine notes that many diseases are due to stagnation, or ‘blocked Qi’ and cupping is one of the methods that can restore normal circulation in areas of congestion, and therefore improve health and restore balance.

Cupping is considered to be one of the oldest natural healing therapies, which some archeologists believe to date back as far as 3000BCE. Hippocrates (460-370BCE) was known for using cupping for internal diseases and structural problems. It has been used as a folk remedy in and around the Mediterranean until quite recently, including countries such as France, Lebanon, Greece, Italy and Germany as you will find many grandparents in these areas with knowledge of these methods prior to the rise of modern biomedicine.

The earliest record of cupping is from approximately 1550BCE by the Egyptians, recorded in the Ebers Papyrus, one of the oldest medical textbooks in the world.

Archeologists also found evidence in China of cupping dating as far back as 1000BCE. The earliest documentation of cupping we have from China was by Ge Hong (282-341ACE) in his ‘Handbook of Prescriptions For Emergencies’. Ge Hong was a well known Taoist alchemist and medicinal herbalist that held close ties with the Imperial Court.

Cupping as a therapeutic practice spread through the medicine world, throughout Asian and European civilizations. Each culture having their own name for cupping therapy and their own methods of cupping. Here are some of the names that cupping is known as by the various cultures that embraced it: Hijamah; Baguanfa; Jiaofa; Bentusa; Vendouse; Gac Hoi; Bahnkes; Kyukaku; Ventosaterapia; Schröpfen; Kupa Cekme; Bankovani; Ventouzzes; Vacuume Terapi.

There are a number of contra-indications as well as potential problems using cupping, so I recommend you find an experienced and trained professional. As we have seen, there are many traditions as well as many competent modern therapists that utilize cupping and it is not exclusively Chinese medicine. However, if you are looking for a professional with extensive training and experience in cupping you can rely on your local Acupuncturist or Oriental medicine practitioner, as it is still an established part of Traditional Chinese Medicine (TCM) training and practice.

Daoist philosophers were the physicists of the ancient world researching the operations powering the universe, Yin and Yang (the female and male principles) and Dao (the way of nature) and Qi (life force) to name a few as the building blocks of this cosmic view.

Alex’s walk through the philosophical underpinnings of ancient Chinese thought, not only relates to medicine but also your health, life purpose, self-responsibility and destiny.

“Thank you so much – you are an excellent teacher!  These Qi Gong classes, both the exercises and the information on Daoist thought, plus all the incidental knowledge you gave me while my acupuncture needles were brewing – it was life changing.”

“Thank you for an amazing course, I really found everything so interesting and it is clear you love the subject and have studied so much and in so much depth.”